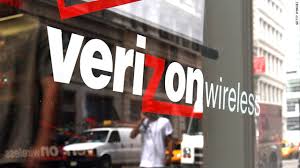 Verizon is cutting off wireless Internet to some 8,500 customers in mostly rural areas, including many on "unlimited" plans. They are doing this because their heavy use of data has made it difficult or impossible to make a profit, so bu-bye.

"'Approximately 8,500 customers—using a variety of plans—were notified this month that we would no longer be their service provider after October 17th, 2017,' Verizon corporate communications director Kelly Crummey told BGR. 'These customers live in 13 states (Alaska, Idaho, Iowa, Indiana, Kentucky, Maine, Michigan, Missouri, Montana, North Carolina, Oklahoma, Utah and Wisconsin) and in areas outside of where Verizon operates our own network.'"