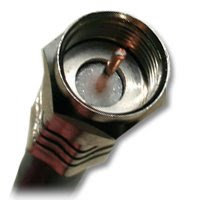 One true thing about the networking business: anytime there is a device on the customer side, it can be easily placed on the network side and sold for a fee. For example, network-based answering machines, network-based PBXs, network-based software, etc. That's why I've often wondered about putting a DVR in the network. In a way, we already have this: it's called Video on Demand (VoD). It looks just like a DVR, I can pause, rewind, and do all the video recorder stuff with one difference: I can't choose what to record. So we can technically have network-based DVRs, the holdback is a legal one.

Now it turns out that the U.S. Court of Appeals for the Second Circuit in New York is allowing Cablevision to go forward with a trial of this technology.

In an article by Telephony Magazine, Carol Wilson argues that this is the "worst possible news for telcos trying to offer their video services". She claims that the big differentiator has been big telco's use of multi-room DVRs and the ability to watch the same recording in different rooms. This advantage is now lost. I don't agree.

If there is an advantage, it's only a matter of time before cable (or satellite, for that matter) offers a similar featured set-top box. Also, whats to stop telcos from offering the same network-based features?
Cablevision trial is bad news for telcos
Posted by Dan Gallant at 5:16 PM