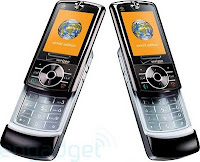 From Fierce IPTV: Motorola's announcement this week that it would split two firms--one a mobile devices and home solutions group, the other an enterprise mobility venture--seemed to catch the telecom industry by surprise. That's a nifty trick, considering the announcement had been rumored and expected since last fall.

But, the overall reaction, mostly a mix of approval and confusion, with just a enough disappointment to spice things up, reflects that many Motorola observers had assumed a different outcome. Specifically, a good number of them had assumed that the company's set-top box unit (the "home" part of its existing Home and Networks Mobility unit) would be sold to a competitor or a private equity firm.

Instead, Motorola, under the split to be completed by early next year, is matching its STB solutions with its mobile phones products, which are looking somewhat revitalized by Android, and its cable modem offerings. Though the effort has confused some observers, it aligns various types of broadband consumer electronic devices under the same roof. It wasn't always the case, but increasingly all of these devices are moving both communications traffic and content traffic, and in some cases might being doing so between one another. They may even start using some of the same technologies. In the consumer devices firm, for example, you could see benefits such as mobile phone experts sharing Android knowledge with STB experts. Creating a consumer devices firm brings that part of Motorola into greater focus, an idea that brings the company closer to its roots and to an expectant future at the same time.

Dan's take: As mentioned in the article, Moto has revived it's sagging cell phone business by adopting Android as the operating system of choice. At the Mobile World Congress this week, Ericsson unveiled a remote that runs Android. Could Motorola be far behind with their own version?

For more:
Light Reading Cable has this report