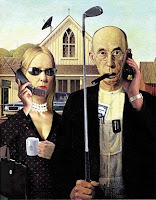 Here's an interesting story out of the UK: Rural areas of the UK are better connected to broadband than their urban neighbors.

The report was authored by Ofcom, a "regulator" or telecommunications services. According to Gizmodo UK:

"The new report - The Communications Market 2008: Nations and Regions - shows that for the first time there’s a greater proportion of households with broadband in the rural parts of the UK than there are in urban areas. It calculated that 59% of households in rural areas now have broadband compared to 57% in urban areas."

I'm curious as to how this compares to the US rural vs. urban broadband market. Any comments?