At least they meant well... 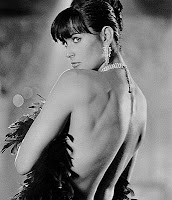 Like a bad bio-bioengineering experiment, Virgin Mobile USA’s latest charity attempt has gone horribly wrong. As reported by Teresa von Fuchs at Wireless Week, the MVNO has come under fire from some of the groups it was supposed to benefit. The company's campaign for clothing for homeless youth,

"...asked people to post striptease videos of themselves, and promised to donate a new item of clothing for every five times a video was watched. Called Strip2Clothe, the campaign was a partnership between Virgin Mobile USA and the National Network For Youth (NN4Y), a Washington, D.C., lobby group representing more than 150 homeless youth focused organizations."

The campaign has been temporarily shut down. According to von Fuchs, the site is still up but has been stripped of information and videos.