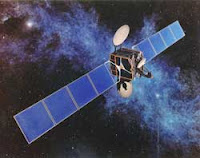 Multichannel News is reporting that "EchoStar's Satellite Services division is marketing its ViP-TV transport service to SES Americom's IP-Prime customers, many of whom are independent telcos. The IP-Prime program is winding down per SES's announcement last December that it would shut down the wholesale IPTV service by July 31 of this year. The ViP-TV offering supports MPEG-4 programming, with about 110 standard-definition channels and 42 high-definition channels.
Other wholesalers no doubt also have been targeting the IP-Prime customers in the last few months, though EchoStar's distinction as a satellite company might be something that separates it from Avail Media, Falcon and others. EchoStar, of course, is the sister company of Dish Network, the satellite TV provider that has partnered with several telcos on resale, but recently lost customers during its fourth quarter, and lost AT&T as a partner"
Multichannel news via Fierce IPTV
Posted by Dan Gallant at 1:52 PM