Network based DVR may be a GO 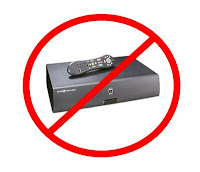 It's no longer breaking news, but the Solicitor General has recommended that the Supreme Court not review Cablevision's case for Network based DVR service. Many believe this is a major victory for Cablevision and clears the way to begin offering the service toward the end of 2009.

Let's review - Network based DVR would place the customer's recording capability somewhere in "the cloud" (probably in the headend), rather than in the subscriber's set-top box. Why is this significant? It would mean that:
If all goes as planned, all of us (who get television from a provider) may all be enjoying a version of this technology in the next few years.
Posted by Dan Gallant at 2:12 PM