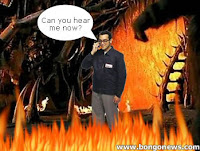 Following a settlement with the Attorney General of the State of Florida, Verizon Wireless will pay $1.5 million for third-party charges that appeared on consumers' bills. The customers were charged for ringtones, wallpapers and other mobile content that they were told would be free.

Rather than "free" as their marketing suggested, the content wound up costing customers up to $19.99 per month. The charges appeared on the subscriber's wireless bill as company's names, including OpenMarket, M-Qube and M-Blox.

"Consumers deserve to get their money back when a company misrepresents something as free that isn't," Florida Attorney General Bill McCollum said in a statement. "I commend Verizon Wireless for providing full restitution to their Florida customers and changing the business model to better protect consumers nationwide."

According to Fierce Wireless, late February saw AT&T Mobility agreeing to refund thousands of Florida consumers for the same problem. AT&T agreed to pay Florida $2.5 million and contribute $500,000 toward consumer education on safe Internet use. The carrier also agreed to the same kind of safeguards that Verizon will adopt. via FierceWireless
Posted by Dan Gallant at 1:42 PM