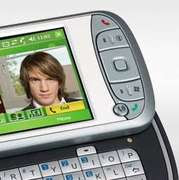 Pocket-lint is reporting that Microsoft will announce the newest version of its mobile phone operating system, Windows Mobile version 6.1, on April Fools Day (no joke). According to Pocket-lint:

"An improvement over Windows Mobile 6 released in February 2007 the new version, unsurprisingly named 6.1, will be a stop-gap measure to keep both consumers and industry happy until the launch of Windows Mobile 7."

New features include a new fonts, a new homescreen and features such as a task manager and copying and pasting in Internet Explorer.
Posted by Dan Gallant at 2:56 PM