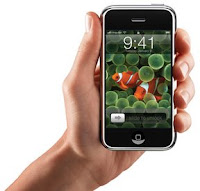 Shortly after the FCC lifted it's gag rule on who won what in the 700 Mhz AWS auction, AT&T announced that like Verizon, they will deploy LTE (or Long Term Evolution) when they are ready for 4G.

During the auction, AT&T won $6.6B worth of 700 Mhz licences to complement the $1.6B worth they won in the last auction.

The carrier said they are in no rush to deploy 4G - it may not be available until 2012.

The big winner in the auction was Verizon, spending about $9.4B. They may announce what they intend to do with their AWS spectrum as soon as tomorrow.

Here is the Article from RCR Wireless News
Posted by Dan Gallant at 10:02 PM