Sprint Sticking to it's Guns 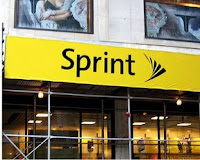 Despite Verizon Wireless and AT&T's decision to go with LTE for their eventual 4G deployment, Sprint has decided to stay the course with it's WiMax decision. This week,
Sprint Nextel CEO Dan Hesse defended his company's WiMax bet, declaring that "WiMAX is not slide-ware", meaning that WiMax will exist, some day. Hesse also said that Sprint planned to delay its "Xohm" WiMax service launch until later in the year.

Dan says: A better bet would be that WiMax gear on the scale needed by Xohm will not be fully lit by year's end, perhaps a beta trial in some cities, if we're lucky.
Posted by Dan Gallant at 10:16 AM